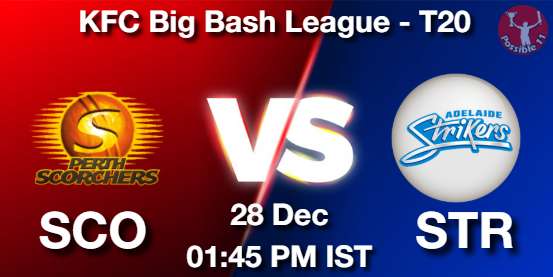 The 17th match of the Big Bash League (BBL) 2020-21 will be played between Perth Scorchers and Adelaide Strikers at the Adelaide Oval in Adelaide.