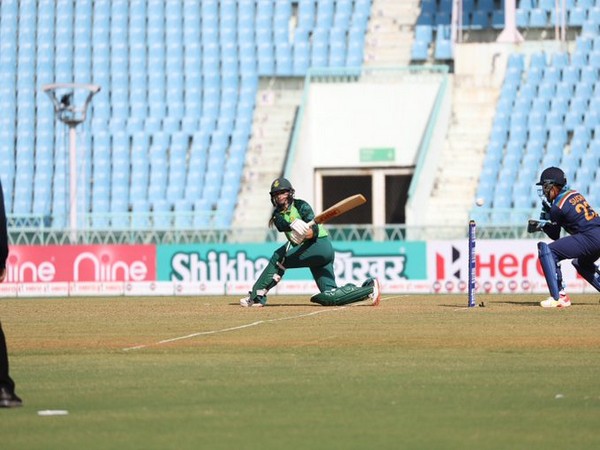 India and South Africa were face to face in the important match of ICC Womens World Cup being played in New Zealand. Batting first, India had scored 274 for 7 wickets. In reply, the Proteas team won the last ball.

Team India wanted a win against South Africa in the last league match, but it failed. The Indian team lost by 3 wickets in the match played at Hagley Oval in Christchurch. India managed to score 274 runs in 50 overs for 7 wickets on the basis of half-centuries from Smriti Mandhana, Shefali Verma and captain Mithali Raj. Chasing the target, South Africas team won the last ball for the loss of 7 wickets with a four.

The Indian team had a chance to win till the last ball but it missed it. South Africa needed 7 runs off 6 balls to win. Captain Mithali hands the ball to Deepti Sharma. 1 run was scored on the first ball, after that on the second ball, Trisha Chetri came back after being run out on a throw from the boundary of Harmanpreet Kaur. Indias hope was fully alive. One run each was scored in the next two balls, then when Harman caught the catch on the shot of du Prez, it seemed that the work was done. Then something happened that broke the hearts of Indian fans. The umpire declared the ball a no ball. After this, two runs were needed off two balls, which South Africa easily achieved, breaking Indias dream.

Shefali Verma, Smriti Mandhana and captain Mithali Raj played half-century for India. Smriti Mandhana and Shafali Verma got India off to a great start, both adding 91 runs for the first wicket in just 15 overs. Shafali Verma scored 53 runs off 46 balls. After this Mandhana took the lead. However, she missed out on scoring a century. He played an innings of 71 runs. Captain Mithali played an innings of 68 runs.

The Indian team missed Jhulan Goswami very much in this match. The Indian bowler failed to defend the big score of 274 runs. To reach the semi-finals, India should have won here in any case but even after the good performance of the batsmen, the bowlers did not get the support.