India qualified for the semi-finals, next match against England, Schedule 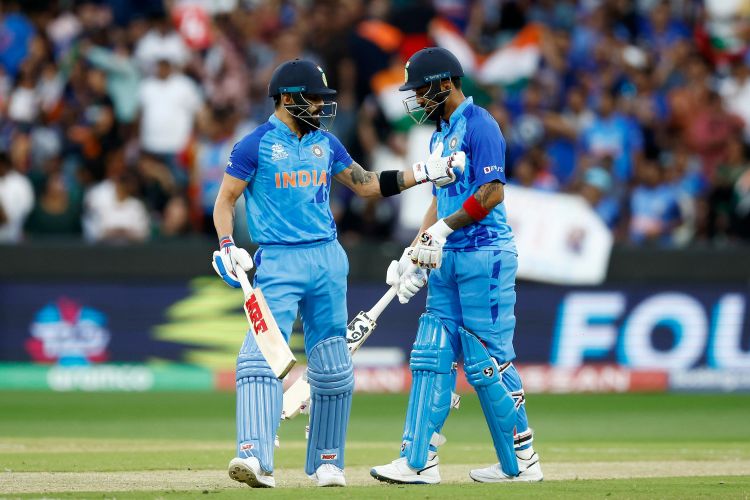 India qualified for the semi-finals, next match against England, Semi-final Schedule

The 42nd match of the T20 World Cup was played between India and Zimbabwe in Melbourne. This was the last match of the Super-12 round. The Indian team had already reached the semi-finals. Indian captain Rohit Sharma won the toss and elected to bat and India had set a target of 187 runs in front of Zimbabwe. In reply, Zimbabwes team was reduced to 115 runs in 17.2 overs.

Batting first after winning the toss, Team India scored 186 runs for the loss of five wickets in 20 overs. KL Rahul played a great inning in the beginning and Suryakumar Yadav in the end. Both scored half-centuries. Rahul scored 51 runs in 35 balls.

At the same time, Suryakumar played an unbeaten inning of 61 runs in 25 balls. He hit some incredible shots toward the end of the match. Suryakumar hit six fours and four sixes in his innings. In reply, Zimbabwes team was reduced to 115 runs in 17.2 overs. Ryan Burle scored the highest 35 runs

At the same time, Sikandar Raza played an innings of 34 runs. Ravichandran Ashwin took three wickets for India. At the same time, Mohammed Shami and Hardik Pandya got two wickets each. Bhuvneshwar Kumar, Arshdeep Singh and Axar Patel got one wicket each. Suryakumar was given the Player of the Match award for his brilliant innings.

India defeated Zimbabwe by 71 runs in their last group match of the Super-12 round at the Melbourne Cricket Ground. Team India has already qualified for the semi-finals and this win means that the team made it to the semi-finals by finishing on top of Group 2.

India won four of their five matches in Group Two and finished on top with eight points. At the same time, the second team to qualify from this group was Pakistan. He has six points. Now in the first semi-final, New Zealand face Pakistan in Sydney on Wednesday. At the same time, Team India will take on England in the second semi-final on Thursday at the Adelaide Oval.