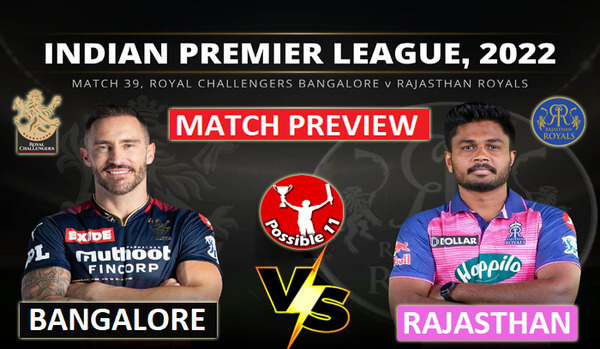 Maharashtra Cricket Association Stadium in Pune will host the IPL 2022 match of Royal Challengers Bangalore (BLR) and Rajasthan Royals (RR) on Tuesday. In this match, all eyes will be on Rajasthan (RR) opener Jos Buttler. Buttler has been in excellent form this season and is consistently making runs. He has scored three centuries so far. The goal of this match Royal Challengers Bangalore (BLR) will be that they Keep the bat of Butler running in excellent form silent and put pressure on Rajasthan. Also, eyes will also be on Virat Kohli, who has played in the last two matches. Have fallen victim to a golden duck (getting out without a run on the very first ball).

After the poor performance of the batsmen in the last match, RCB will hope that star batsman Kohli will play a big innings and other batsmen will also perform better. Won matches and running in excellent form in the current season. In the last match played between these two teams this season, Bangalore won. 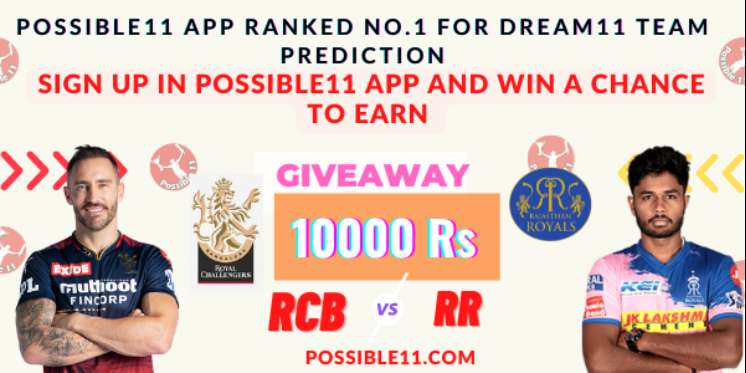 The last match played for Royal Challengers Bangalore (BLR) against Sunrisers Hyderabad (SRH) was no less than a nightmare. In the second over, the teams top-3 batsmen returned to the pavilion and after that the team kept on disintegrating instead of recovering. The result was that the lowest combined score of 68 runs in IPL 2022 has now been written in front of Bangalores name.

BLRs top order has been troubled since the beginning, with captain Faf du Plessis, young Anuj Rawat, and Virat Kohli losing their wickets cheaply in every other match. Shahbaz and Dinesh Karthik helped this team win in the middle order, but as soon as they flopped against Hyderabad, the entire batting order collapsed like a pack of cards. In such a situation, it is necessary that some veteran batsmen of the team understand their responsibility and look toward playing long innings.

His bowling, which is considered to be the strongest side of Rajasthan Royals (RR), is now proving to be weak in front of the teams batting. The biggest reason for this is Jos Buttler, this batsman is batting in the best form of his life. Butler has got 3 centuries in 7 matches and only half the season has passed, due to Joses explosive innings, the rest of the teams batsmen are also getting plenty of opportunities to open their hands and bat first, Rajasthans figure of 200 is comfortably crossing over.

But even after putting such a big score on the board, in the last over, the hands and feet of the team are seen swelling. Because the team has enough options in the form of Trent Boult and Obed McCoy to bowl in the death overs, both these bowlers are proving to be ineffective. In the match against KKR, UG Chahal turned the game around with a hat-trick in one over, while Rajasthan was completely in the game even after 36 runs were needed in the last over against Delhi. For this Rajasthan Royals (RR) need to improve their death bowling.

BLR vs RR match will be played at Maharashtra Cricket Association Stadium in Pune. This ground will have enough bounce and carry for the pacers, while the pitch will be good for batting, extra bounce for the fast bowlers on the surface and carries can get them quick wickets. But the boundary of Punes stadium is bigger than other stadiums, whose batsmen will have to use more force to hit big shots.

In the beginning, if the openers bat carefully with the new ball, then the bowlers can be beaten a lot in the end over. Because due to humidity, dew is also expected in the outfield of MCA. So the teams batting first have to target a score of at least 180+ to save the score.