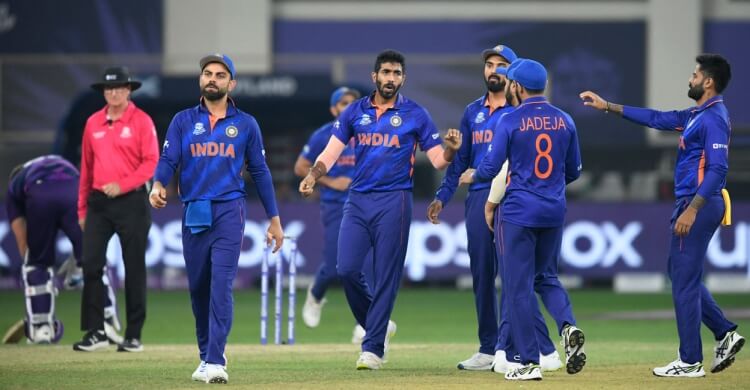 ICC 2023-27 FTP: ICC announces mens future tour program for 2023-27, Teams will play 777 international matches in all formats in this FTP

The ICC has released the Future Tour Program for the next 4 years. During this (ICC 2023-27 FTP) 12 full members will play a total of 777 internationals. This includes 173 Tests, 281 ODIs and 323 T20s. Bangladesh will play maximum 150 matches as a country. This does not include tournaments of more than 4 countries and finals of tri-series. Team India is at number four in terms of playing the most. During this, England will play the most Tests, Bangladesh the most ODIs and the West Indies the most T20 Internationals.

According to the information received from the ICC, a total of 694 matches were played in the last Future Tour program. That is, this time 83 matches will be played more. Where Bangladesh will play the most matches, West Indies are at number two with 147 matches. England will play 142, India 141, New Zealand 135, Australia 132, Sri Lanka 131, Pakistan 130, Afghanistan 123, South Africa 113, Ireland 110 and Zimbabwe 109.

India schedule 2023-2027 - The number of Test matches in the Border-Gavaskar series between India and Australia has also been increased. The number of matches in a Test series has increased from four to five from 2023. The last time the two teams met was in 1992 in a five-match Test series. Australia now has to play one of the three formats against India and England every year between 2023 and 2027. England, Australia and India will play the most number of Test matches during the 2023 to 2027 FTP cycle. England will play 22 Tests, Australia 21 and India will play 20 Tests.

India will play a series in Australia on Australian soil which will run from November 2024 to January 2025. There will be a series on England soil which will start in June 2025 and then India will play against Australia on their home soil in January-February 2027. In the middle of the year 2026, the Indian team will call Afghanistan to host one Test and three ODIs. In the next 4 years, we will also see India play white ball series against Australia, England, New Zealand, Sri Lanka and West Indies.

During this, England will play 43 and Australia will play 40 Tests. Apart from these, no other country will play 40 Tests. Team India will play 38 Tests, Bangladesh 34, New Zealand 32, South Africa 28, Pakistan 27, West Indies 26, Sri Lanka 25, Afghanistan 21, Zimbabwe 20, and Ireland 12 during this period. There will be no bilateral series between India and Pakistan in the current cycle.

How many times will IND vs PAK clash? (IND vs PAK Series)

No series between india and pakistan, No bilateral series will be played between India and Pakistan. Even Pakistan will play bilateral series against 10 of the 12 member countries in the upcoming FTP cycle. Pakistan will play 27 Tests, 47 ODIs, and 56 T20s over a period of four years. Pakistan will host Australia, Afghanistan, Ireland, and Zimbabwe during this period. It will also host the 2023 Asia Cup. Apart from this, the Pakistani team will also play a tri-series against South Africa and New Zealand at their home.

The ICC T20 World Cup is set to return to Asia. India and Sri Lanka have been given the rights to organize the tournament in 2026. The ICC has made its mega announcement on Wednesday (17 August). India last hosted T20 tournaments in 2016 and 2020. (The tournament was played in the UAE in 2021 due to Kovid-19) while Sri Lanka will host the tournament after 2012.

This will be the second time that the two countries will jointly host the tournament. West Indies and USA are going to host the tournament in 2024. This will be the first time that two countries will share hosting rights. In 2014, India made it to the second round but was eliminated without making it to the semi-finals. In 2016, India lost to West Indies in the semi-finals. The Men in Blue won the tournament in 2007. Sri Lanka is also a one-time champion team. He won the trophy in 2014.

The big cricket tournament will return to Pakistan after more than two decades when the country hosts the International Cricket Councils (ICC) Champions Trophy in 2025. The ICC on Tuesday handed over the hosting of the 2025 Champions Trophy to Pakistan. Also, the US and West Indies were jointly chosen as the hosts of the 2024 T20 World Cup. This will be the first global competition in North America.

India will host many ICC tournaments

Upcoming ICC events, Two editions of the ICC World Test Championship will be played in the next FTP. Apart from this, four more ICC tournaments will be organized. ICC events will start with the ODI World Cup to be held in India next year. After this, West Indies and USA will host the T20 World Cup in 2024. In 2025, the Champions Trophy will be played in Pakistans hosting. After this, India and Sri Lanka will jointly host the T20 World Cup in 2026. In 2027, the ODI World will be played jointly hosted by South Africa, Zimbabwe and Namibia.