Will Suryakumar Yadav play Test matches too? Can rock like Hayden-Hussey

Suryakumar Yadav Test Debut: Suryakumar Yadav is going through the golden phase of his cricket career. Surya, who made his T20 and ODI debut for India at the age of 30, is now being sought to be included in the Test team.

This batsman himself believes that he will get the test cap soon. Even at this age, Surya can leave his mark in Test cricket like Australian legends Matthew Hayden and Mike Hussey. Hayden and Hussey were also able to secure a place in the Test team only after 30 years.

The spirits of Suryakumar Yadav, the new star of the Indian cricket team, are running high these days. Only after making his debut for India in T20 International last year, Surya is wreaking havoc. He has scored 1395 runs in 41 T20 matches so far. He has two centuries and 12 half-centuries in his name. The most important thing is that the number one batsman of T20 is scoring strike rate of around 182 runs. Seeing this incredible performance of Surya, the fans are demanding to include him in the Test team.

Suryakumar Yadav has also played 13 ODIs for India so far. He can be India's trump card in the ODI World Cup to be held in India next year. However, the wait for his Test debut is still pending. Surya is hopeful that he will get the Test cap soon.

Suryakumar Yadav scored an unbeaten 111 with the help of 11 fours and 7 sixes in the second T20 match against New Zealand. After the match, he said on the question related to Test debut in the press conference, "I started playing cricket with red ball and I have been playing first class cricket for Mumbai. I know very well about Test format. Have also enjoyed playing in longer format.Hope to get test cap soon. 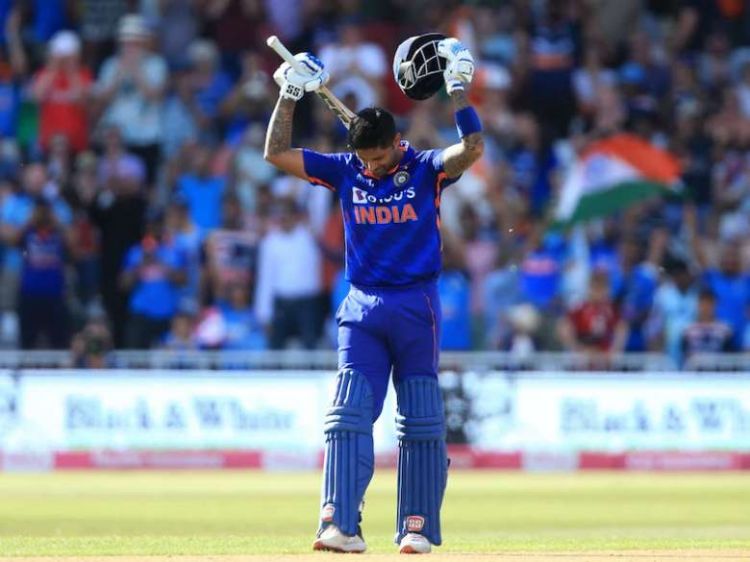 Suryakumar Yadav made his first class debut for Mumbai in the year 2010. He has scored 5326 runs in 77 first class matches at an average of 44. He has 14 centuries and 26 half-centuries in his name. Surya's strike rate is around 63. He has also scored a double century in the first class.

Looking at the form and fitness of Suryakumar Yadav, it can be said that he can easily play cricket for 5-6 years now. If he gets a chance in the Test team, he would like to perform towards Matthew Hayden and Mike Hussey.

Matthew Hayden made his Test debut for Australia in just 22 years. He got a chance to play 13 ODIs and 7 Tests in 1993-94. Hayden was dropped from the team. This veteran again made a place in the team at the age of 29. Hayden hit 29 centuries in Test cricket and 10 centuries in ODI cricket between 2000 and 2008. During this, he scored more than 14000 runs in Test, ODI and T20 cricket.

The story of Suryakumar Yadav is similar to that of Mike Hussey. Like Surya, Hussey had made his debut in first class cricket much earlier. Hussey made his first class debut in 1994 but got his first place in the Australian team after 10 years. Between 2004 and 2013, Hussey played 185 ODIs, 79 Tests and 38 T20 matches for the Kangaroo team. Hussey scored 22 centuries and more than 12000 runs.

Suryakumar Yadav can replace Ajinkya Rahane in the Test team. Rahane has been dropped from the Test team. At the same time, Rohit Sharma, Virat Kohli and Cheteshwar Pujara are also reaching the last stage of their career. Surya is now just waiting for the test cap.

The thrill of FIFA World Cup will double, Nora Fatehi will be seen

Most runs in an over, Most runs conceded by a bowler in one over