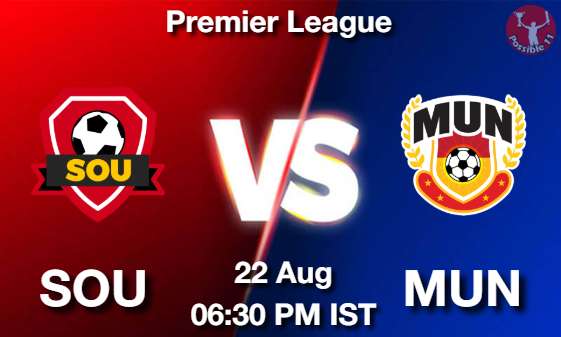 Manchester United will look to continue their perfect start to the new season when they visit St. Mary’s Stadium to face Southampton tonight.
Manchester United celebrated a full capacity crowd at Old Trafford with an absolute goalfest, thrashing Leeds United 5-1. Moreover, with world-class signings like Varane and Sancho still to be included in the line-up, things look pretty optimistic for the Red Devils.

Southampton, on the other hand, made a perfect start away at Everton, scoring a goal in the 1st half. However, 3 second-half goals from the Toffees gave them all 3 points.
Southampton have lost 35 points from winning positions against United, the most by any team against them.

Bruno Fernandes Fernandes scored his 1 st United hattrick on the opening day, making him the undisputed favorite for captaincy.
Paul Pogba Pogba started his season on fire, providing 4 assists last week. He also surpassed his assist tally from last season.
Adam Armstrong Armstrong had a solid debut away at Everton, scoring a goal and taking 3 shots in total.