Toss delayed due to rain 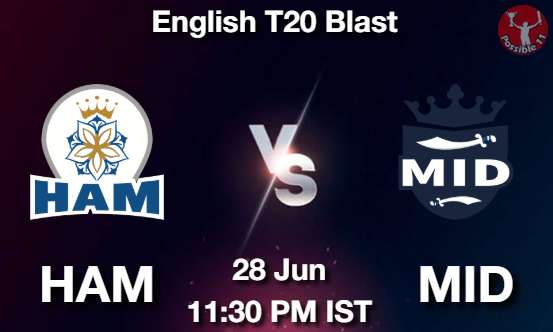 The average 1st innings batting score at this venue in the three T20 domestic games played here is 163 runs. This pitch is a batting-friendly one.

Hampshire will take on Middlesex in the League Match of Vitality Blast T20, which will be played at the Ageas Bowl in Southampton. 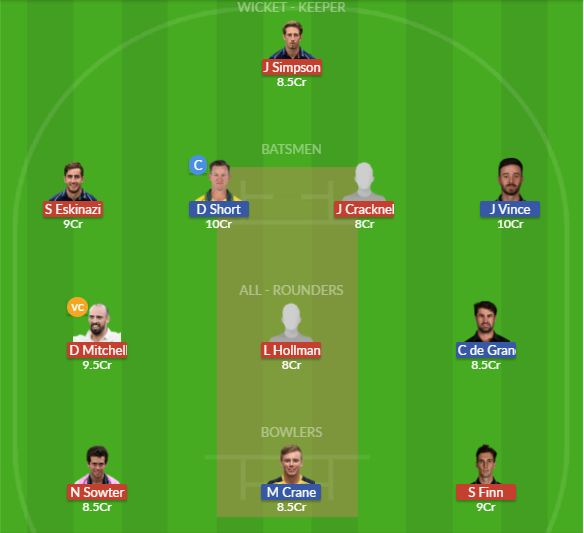