The track at the Cooper Associates County Ground is a batting paradise, where the ball comes nicely on to the bat

Somerset will lock horns with Hampshire in a South Group T20 Blast fixture at the Cooper Associates County Ground in Taunton on Friday.

In the last five meetings between the two teams, Somerset have won four times, with Hampshire emerging victorious just once. 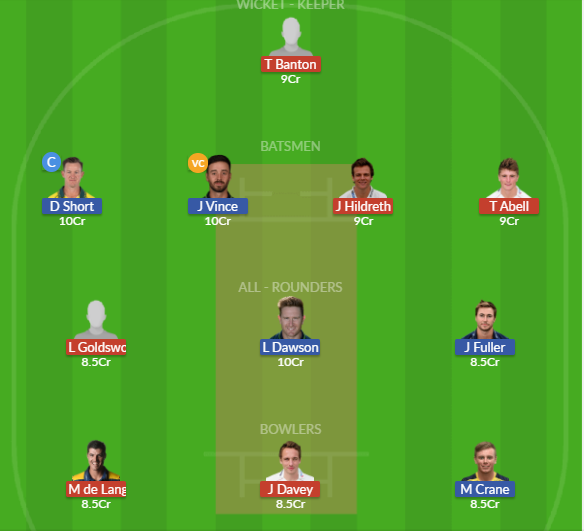