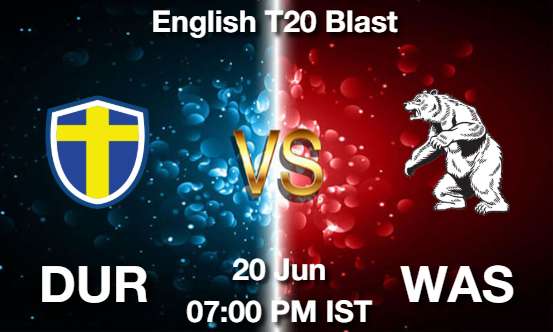 A decent pitch with help on offer for both the batsmen and bowlers is expected.

The North Group of the T20 Blast 2021 will see Durham take on Warwickshire at the Riverside Ground on Sunday.