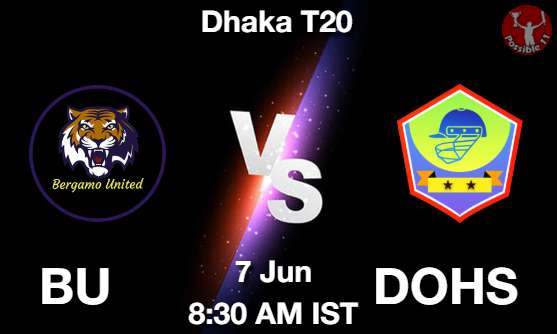 The venue Dhaka is a bowling-friendly wicket and spinners generally get some turn from the surface but due to wet outfield, spinners might not be that effective.

The weather for this match is expected to be a bit cloudy again and the chances of rain are there, we can expect a shortened game.

Alauddin Babu batted at number 5 and scored 25 runs in just 10 balls and then bowled 2 overs. He is their main bowler.

Rakibul Hasan bowled 3 overs as an opening spell and took 2 wickets with an economy of fewer than 3 runs per over. He is a great grand league captaincy choice.

Mizanur Rahman is the skipper and opened for the Brothers Union in the last game, he scored 22 runs with the help of 4 boundaries.

Rakin Ahmad scored quick 43 runs in 18 balls with the help of 4 sixes, he can be a good captaincy pick in a shortened match.