The track at the Leader’s Club Ground favors both batsmen and bowlers, where both the departments get a reasonable amount of assistance from the wicket.

The temperature is expected to hover around 28°C on the matchday with 80 % humidity and 10 km/hr wind speed. There are 70 % chances of precipitation during the game.

The 13th match of the Tanzania T10 will see Tembo Rangers facing off against Chui Riders on 1st May at the Leader’s Club Ground. 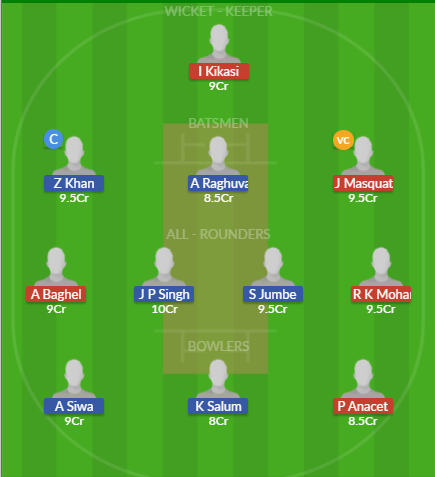